If you like to see one of those pure and unspoiled places, then you should sail to Providencia. This Island is part of Colombia, but the locals are more of a Caribbean decent. Unlike its sister island, San Andres, almost everyone in Providencia speaks English with a Caribbean accent. People from Providencia are very proud and protective of their Island and they don’t really want it overcrowded by tourist. You can get to Providencia via San Andres by flight or a fast motor Catamaran. There is also one weekly charter flight from Medellin! Providencia is a great stop for sailors going south bound to Panama or northbound to Cayman or the bay islands. The Busch agency is the most known agent that clears in new arrival, just call Mr. Bush on Ch16 and follow instructions.

Darius and I unwrapped the bicycles and biked around the whole island in two days. There are several beaches along the western side, the biggest and most popular one is “South West Bay”. You find several beach bars and restaurant along South West Bay. “Devine Niño” offers the best value seafood platters!
Providencia is one of those locations where Earthling crew connected with some local people. Our new friends invited us to their home, served us food, and were giving and loving!  We also got to utilize their moto bikes to get around the island. Based on my experience in the Caribbean, the less touristic islands are, the more friendly and bonding locals!

This isle is only 360m (1200ft) in altitude, but it does have a few rivers and waterfalls and there are trails that go up to the peak.
On the South East side is Manzanillo bay, which has a large beautiful beach with palm trees hanging over the water, this bay is also known as Rolando’s Beach. Rolando has been running a beach bar here for 20+ years. Rolando is open 24/7, and you can party here till early morning hours!

One evening, on the way back from Rolando’s, we saw a house full of people and noise. The house looked like a small stadium and it sound like like there was a race. Curiousness led us in there! The race was a rooster fight! I’ve never seen anything like this live before. I think it’s brutal to fight animals, and it would not be allowed in my book. But we, humans, are still part of the animal planet and we are still fighting each other, first we have to evolve to a higher dimension and stop the fight, then I'm sure there will no longer be arranged animal fights either! However, these people were really into the fight, some flew in their roosters from other places and were betting big bucks. The fight we watched was the best! After a couple minutes of the start, one of the roosters simply chickened out and would run away and not fight, so no blood was spilled on our watch!
Additionally, there are horse races on both of the beaches on midday Saturdays!
Providencia has one of the largest reef barriers in the Caribbean. Therefore, most of the locals are great fishermen and divers!
Our visit in Providencia last ten days and this island, like some other places in the past, became home and it was hard to leave it behind.
Love from Providencia
Posted by George Kalhouri at 1:31 PM No comments:

Earthling finally departed the Panamanian waters last week. A 220 nautical miles sail took us from Portobello to San Andres on one tack in 45 hours. The weather could not been any better, calm seas, and moderate winds were the perfect conditions especially for the inexperienced Panamanian crew, Marie Louise. I had to make sure to have a Panamanian citizen aboard to get permission to exit the waters of Colon area, smile!
San Andres is located close to Nicaragua and Costa Rica but it’s part of Colombia. This is a vacation island and mostly visited by Latin Americans, primarily Colombians, Chileans, and Argentinians. It’s flat, sunny, windy, beautiful white sandy beaches, and lots of tourist. There is lots of activity around the main anchorage in front of the town. Jet skis and tourist boats are zooming close by without any consideration, No wake laws are absent here!
The first impression of the island was the active people. Many were running along the beach with their nice running equipment. People were biking around on racing bikes and so forth. We were surprised of how athletic people in San Andres were! The following day we went ashore and realized that there was a triathlon!
When you check in to Colombia you must hire an agent that does all the paper work. In San Andres, the cost of hiring an agent is $80, in addition to the tourist card $25pp required by anyone visiting San Andres and Providencia. (Agent: Rene speaks a little English and can be reached on VHF16 or +57-315.680.7980, serrana_agencia@hotmail.com)


San Andres is only 8 miles North to South and 2 miles East to West. It’s easy to bike around and explore it. Common transportation is golf carts and motorbikes. Marie and I rented a golf cart and drove around the island. On the leeward side (West) of the island, the water is calm and clear with coral lines and a perfect place for snorkeling. The beaches are mostly on the windward side. 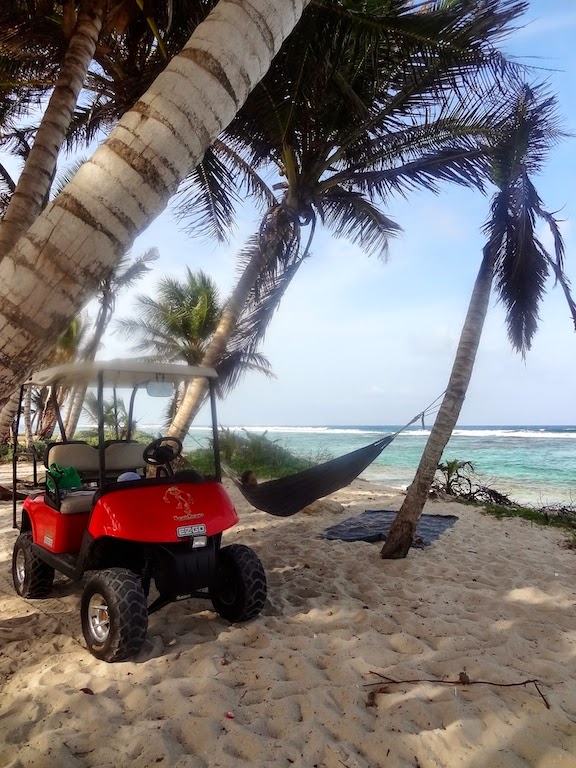 The residents of the island are mostly Caribbean with a Colombian twist. The natives speak Creole, English, and Spanish. On the radio, mixed Caribbean and Latin music is played! It feels good to be back in the Caribbean spirit!
Marie flew back to Panama yesterday and tonight Darius is flying in from Chicago. In a couple of days we are going to sail to Providencia, which should be much more tranquil. 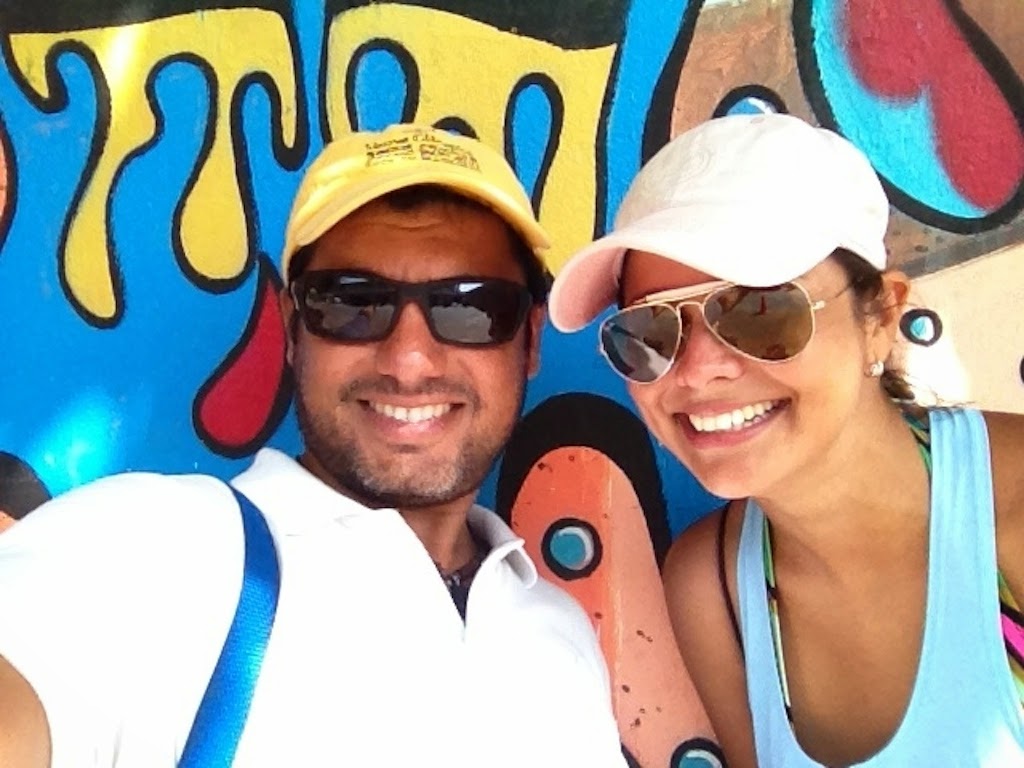 Posted by George Kalhouri at 8:45 PM No comments: