Since Earthling set sail from Miami in Feb 2011, we have been hoping to more than 40 islands. The biggest islands being Dominican Republic and Puerto Rico. However there were all Islands. Here in Colombia we have finally arrived the main land! There are lots of people and cars everywhere, the cities are bigger and distances between them far. Colombia is the 2nd most populated country in the latin America. And Cartagena with a population of around 1million is the biggest city we anchored off since Miami. This is my first time in South America and so far I love it and would like to explore more of it.

Earthling is anchored in the middle of the port of Cartagena with a 360º view of the city. Boca Grande on the west, Old Town on the north, Manga on the east and the ship container yard on the south.
Most high rises are in Boca Grande, where upper class Carthaginians live in addition to many tourist that stay in the big hotels. On the main street in Boca Grande you will find all the fast food chains and many other smaller restaurant. Boca Grande is compared to Miami and it has a similar vibe. The entire area is surrounded by water, on the east side there are good paths for running and roller blading and on the ocean side are the long packed beaches, which doesn’t come close to south beach but pretty for themselves.
Our north view, "Centro El Historico" (Old Town) or the walled city goes back 500 years. There is actually a wall surrounding the historic city and the old town is considered a world heritage site. El Centro is the prettiest part of greater Cartagena. There are zillions of boutiques, street vendors, hotels, and restaurants among beautiful colorful historic constructions.
Boca Grande and Old Town are highly surveilled by security and police. We are anchored by Manga in between Club Nautico and Club Pesca. Manga is also a nicer part of Cartagena. The actual populated city of Cartagena is a few miles away, which I have just taken the bus through to the terminal. Mostly I bike around El Centro, Getsemani, and Boca Grande.

Last week I made an attempt to hike to the top of the highest hill “Cerro De La Popa”, but we were informed by the police and others that the hill is surrounded by different gangs and hiking up would not be safe, specially at night.
All my visitors are gone now. Hector was aboard for 27 days, he left back to land life in Chicago. My good Colombian friend Paola that I know from Chicago visited from Valledupar for the easter week and it was a pleasant reunion. I always enjoy to have friends and visitors aboard, however I like to spend time alone as well. When you have company aboard you are less free and you have to think about crew’s well being and happiness. Now I’m solo here and my boat buddy Marius on “Chiron” is 100 feet away and we have to learn Spanish. 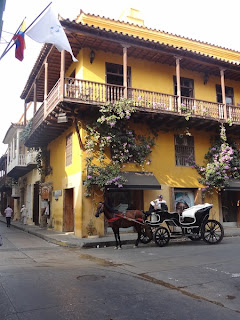 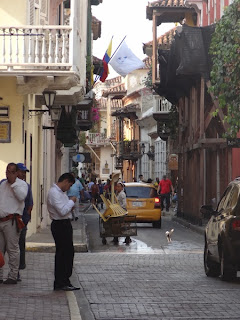 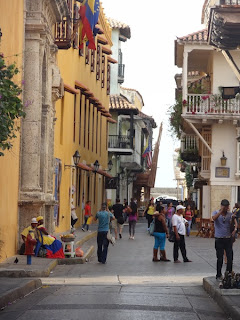 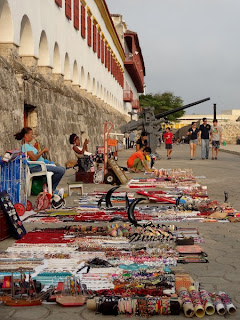 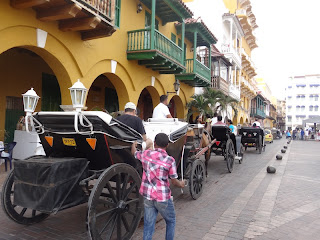 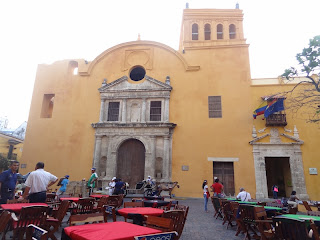 Love from Cartagena
View the complete photo album of Colombia here
Posted by George Kalhouri at 8:05 AM